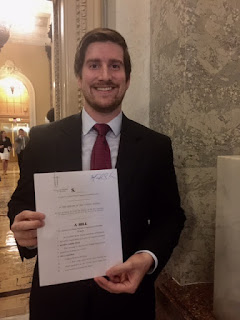 They are joined by Senators John Hoeven (R-ND) and Ted Cruz (R-TX) as original cosponsors.

Stay tuned for introduction of the House companion bill.

We welcome your help rounding up additional cosponsors!

Our press release with the four Senators is here.

Popular posts from this blog

March 24, 2011
Article I of the U.S. Constitution establishes Congress as the federal government’s “first branch” and the primary author of federal law. Congress is, appropriately, also the branch most accountable to the people. Of the three branches, however, Congress is by far the least influential on the legal community’s constitutional perspective.  One major reason is that Congress is the least accessible to new lawyers in their formative first years: Congress lacks a program similar to the judiciary's clerkship program, or the Honors programs at executive branch agencies. The legal community is also missing out on the opportunity to have its rising stars learn about legislation--the bread and butter of legal practice--from the inside. In contrast, the consistent flow of lawyers through apprenticeship programs in the courts and executive branch agencies has given the legal community a deep and constantly renewed grounding in judicial and administrative lawmaking. Congress is miss
7 comments
Read more

Congressional Clerkship Initiative
We are law students, lawyers, professors, deans, congressional staffers, and policymakers who believe that Congress and the legal community would be well served by the creation of a congressional clerkship program. We hope you will join us. 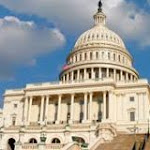